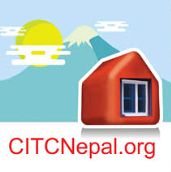 Established as a Primary school in 1959 and extending to Secondary level in 2014, Shree Kanku Secondary School serves around 350 students, located in the village of Kanku in the South West of the Solukhumbu District in Eastern Nepal. The school buildings, which were already in a poor state of repair, suffered devastating damage during the 2015 earthquake with almost all of its 19 classrooms severely affected, causing huge problems to the running of the school. The catastrophic damage has made the teaching and learning environment extremely difficult ever since. For the first month post-earthquake, the school was completely closed as it was not safe to run classes at all.

The average school attendance for the year was less than 70% due to the regularly occurring aftershocks and the insecure school environment. This had a direct impact on the students’ learning achievement and performance. Since re-opening, the school has been struggling to function with only 7 of the 19 classrooms being repaired and re-constructed with support from the government and another NGO. Children have therefore been studying in dangerous, dark classrooms, posing serious safety risks.

CITC is committed to improving educational outcomes in the Solukhumbu region of Nepal and responded to the urgent need for major improvements at Shree Kanku.  6 high quality classrooms have been built to earthquake resistant standards and to the latest government building codes, along with gender specific toilets and clean, safe water for the children to freely access.

There has been a real buzz in the local community since discovering about the project and they were especially welcoming to CITC’s highly skilled construction team. From young to old, everyone pulled together, showing incredible support in preparing the land, gathering materials and crushing aggregate, allowing for the builders to begin the construction work. Due to the remote, mountainous location, the school is especially valuable to the local families as they are eager for their children to access a good education in their home village without having to move away. The sense of community spirit and optimism for the future of the school is inspiring. The project has attracted support from The Cheshire Fire and Rescue Cadets, who have been raising funds towards the building works as well as long term CITC supporter Dr. Sheila Fisher who has generously contributed towards the provision of the water system.